couponing in the holy land

Tnuva’s low-lactose milk came out in 2011 and though it can be found online, I rarely see it in the supermarkets.  Now Yotvata has decided to market low-lactose milk as well.  It is slightly higher in price than Tnuva’s (approx. 7.80 shekels), but you can get a free sample now by clicking on the picture to print a coupon or type in your email address here and the coupon will be emailed to you.  You must present a printed coupon to get a free sample. Increased meat/egg smuggling and illegal production during the holiday season

The holiday season is usually characterized by an increase in the number of attempts to smuggle meat originating from the Palestinian Authority, an increase in the rate of illegal slaughter, and an increase in attempts to illegally produce eggs and forge their markings. The Ministry of Agriculture and Rural Development attributes the increase in these illegal activities to the high potential for profit these products offer as the demand for them increases. The inspectors of the Central Investigation and Enforcement Unit  (Pitzuach) at the Ministry of Agriculture and Rural Development invest a huge amount of time and effort during this period in an attempt to stop smuggling attempts, illegal slaughter, and the forging of animal products, in light of the real threat to public health posed by the possibility that these products, which were produced and slaughtered without veterinary supervision, will be consumed by the public. The inspectors operate based on intelligence information 24 hours a day, 7 days a week, in the areas located between the Palestinian Authority and Israel, in warehouses and in points of sale. 488,790 eggs, 182,233 tons of chicken meat and beef and 676 tons of cheese were seized and destroyed following an order issued by a veterinary doctor this past week alone.

During the weekend, a house in which beef was illegally slaughtered without veterinary supervision was found in Lod. The quantity of beef found in the apartment was especially large – 1 ton. The meat was destroyed following an order issued by a veterinary doctor, and criminal charges were presses against the suspects involved.

In addition, the inspectors of the Ministry of Agriculture seized during the weekend a truck attempting to smuggle 4 tons of meat, originating from the Judea and Samaria area in the Palestinian Authority, and intended to be sold in Israel. The truck was caught at the Hotze Shomron checkpoint. The driver, a resident of the central region of Israel in his late 30s, was detained, and criminal charges were pressed against him.

An illegal egg production facility was also found during the weekend. The inspectors of the Central Investigation and Enforcement Unit of the Ministry of Agriculture and Rural Development, together with officers of the Israeli Border Police and IDF soldiers, raided an egg sorting facility located in the Hevron area, in which eggs were marked in order to make them seem “kosher for sale”. Eggs in the facility were marked with forged stamps of a well-known and certified sorting facility in Israel, and with “kosher for Passover” marks, to make them seem authentic. Forging measures for marking the eggs and 27,000 eggs were seized on location and in a nearby warehouse.

For tips on how and where to purchase meat and eggs, check out Aliyah tip #9: buying meat, fish and eggs.

Misrad HaBriut, in honor of Food Safety Week, published this great picture summarizing the important points in buying meat, fish and eggs.  A summary in English follows below:

Well, it doesn’t ACTUALLY say that the books are in English, but the fair is at ZOA house so I have to assume they are…

This coupon was sent in by reader Nona Mandy who has started a new web site called Save Our Shekels.  She has discounts up for iHerb and VitaCost if you shop there.  Thanks Nona!

Posted in Coupons and tagged coupon, save our shekels, sebocalm sunscreen | Leave a comment

Misrad HaBriut tested Poseidon tuna in oil and found high levels of histamine in it- above the maximum permitted level .  The affected batch is being recalled.  The public is asked not to eat this product.  It can be returned for compensation by calling Wiliger customer service at 1-800-50-40-50.

Details about the product:

For more information about histamine poisoning, check out this web site.

Food Safety Week continues with surprise visits to supermarkets Rami Levy in Jerusalem, Mega BaIr and Shufersal in Tel Aviv.  What they found was not so appealing.  Check out the video on Mako- Arutz 2 or on Misrad HaBriut’s Facebook page.

If you can’t understand the Hebrew, here is a quick summary of what they found:

During the inspections, samples were taken of the ground meat for microbiological analysis.  The ground chicken from Shufersal and Rami Levy had Salmonella growing and the ground beef from Mega Ba’Ir had a high general bacterial count as well as coliform bacteria– a sign of fecal contamination.

Mega BaIr’s response: The report speaks of a specific problem in only one store.  A follow-up inspection by Misrad HaBriut showed that most of the deficiencies were corrected.  Regarding the bacterial testing, that is to be expected in a raw product that must be cooked before eating- it does not affect the quality or safety of the product.

Shufersal’s response: We feel that preserving the quality of our products is of the utmost importance.  We therefore strictly supervise each store to ensure that they comply with Misrad HaBriut’s standards.  We will review the inspection report and correct any deficiency that needs to be corrected.

Tonight, March 29, 2015, specialists from Misrad HaBriut will be online from 6-8pm (18:00-20:00) to answer all of your food safety questions in preparation for International Food Safety Day 7 April 2015 .  Post your question as a reply to the Misrad HaBriut Facebook page and it will get answered there.  For more information, go to Misrad HaBriut’s web site.  I know some of my readers don’t use Facebook, so what I would recommend is to send your question to the moked stating that you want it answered by the specialists and it will be included that way.

Since we are already talking food safety, check out this great video by the WHO- Five Keys to Safer Food (English with Hebrew subtitles).  Appropriate for kids as well with minion-like microbes.

couponing in the holy land

Last Shabbat was Rosh Chodesh Nisan.  It is tradition to say a blessing now on the flowering fruit trees that smell so wonderful.

Take a few minutes from your hectic schedule and go out to an orchard.  Recite the blessing below:

Translation: Blessed are You, L‑rd our G‑d, King of the universe, who has made nothing lacking in His world, and created in it goodly creatures and goodly trees to give mankind pleasure.

It is so important not to forget to stop and breathe during this oh-so-crazy time. Why don’t you make it a picnic while you are there? 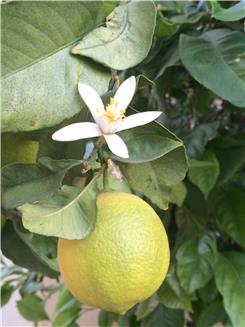 Ready for the next mission?  Go to Pesach mission #9: The children are not the Passover sacrifice!

I haven’t checked this out in the store but it appears that Tzomet Sefarim is selling grape juice and you get a book free when you buy a bottle.  Or maybe you bring a receipt from a supermarket- someone posted that exact question on their Facebook page but didn’t get an answer yet.